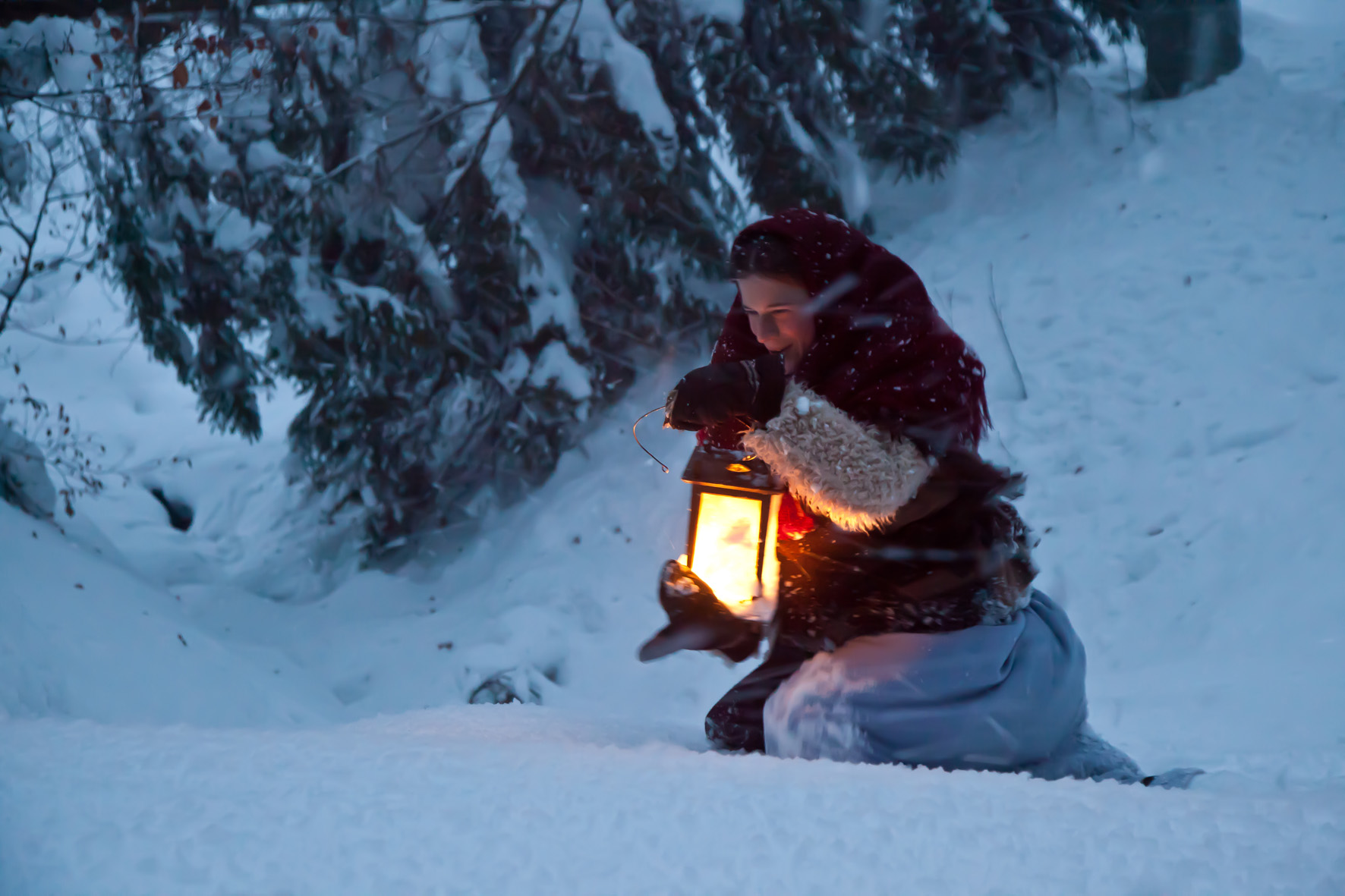 If you are an adult you would probably skip this article, thinking it did not concern you. Nevertheless, children’s movies may be the key to a better understanding of adult behavior, which is sculpted in childhood. As everyone knows, cinema itself is a powerful tool which manipulates minds, especially young minds easily attracted by entertainment. However, it is not so easy to make a children’s film through which the young audience can learn something, get an experience of the outside world, learn to give their own opinions. The SCHLINGEL festival is a perfect place to discover a range of storytelling strategies for children, in order to understand the impact these patterns may have on children’s imaginations and behavior.

I won’t linger on the politically simplistic messages in some of these films, which express a very Manichean view of reality, where bad characters are ridiculed and good people wear angelic expressions. These are movies which don’t allow any room for analysis (for instance, The Little Ghost, Gabriel, and I Swan).  Let’s look at the movies which are more difficult to decipher: the ones which are politically richer, if we consider politics as the practice and theory of influencing people on a civic and individual level. 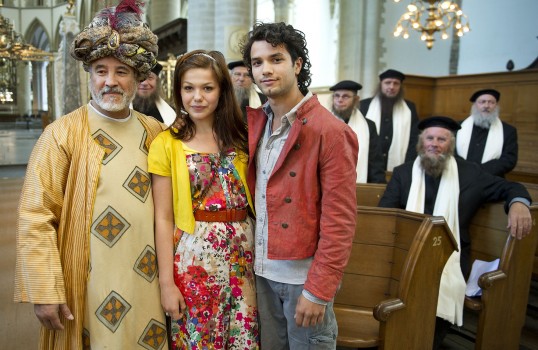 Many films make use of a fairytale format, because it is the easiest to way to captivate children and promise them magic and miracles from the beginning. One of these is To Be King (Koning von Katoren) by Ben Sombogaart, which is a new-style fairytale about the contemporary world. Stach, a young man who lives in the king’s palace as a nephew of one of the servants, wants to become a king of Katoren. Stach’s father died on the day the previous king died, and since then the country has been ruled by six power-hungry ministers. The first surprise is that Stach is completely unaware of what is happening in his own country, but he still wants to be a king — what is this inexplicable longing for monarchy? But still, every fairytale needs a king, doesn’t it? After applying to become king, Stach gets five assignments from the ministers. The difficulties encountered by Stach in achieving these tasks are a critique of the problems of the contemporary world: pharmaceutical monopoly, religious conflict, pollution, media manipulation and the desire of powerful countries to control oil in the Arab peninsula. These details might be too complicated for all children to understand, but this movie is a very nice attempt to tell the tale of our own reality. 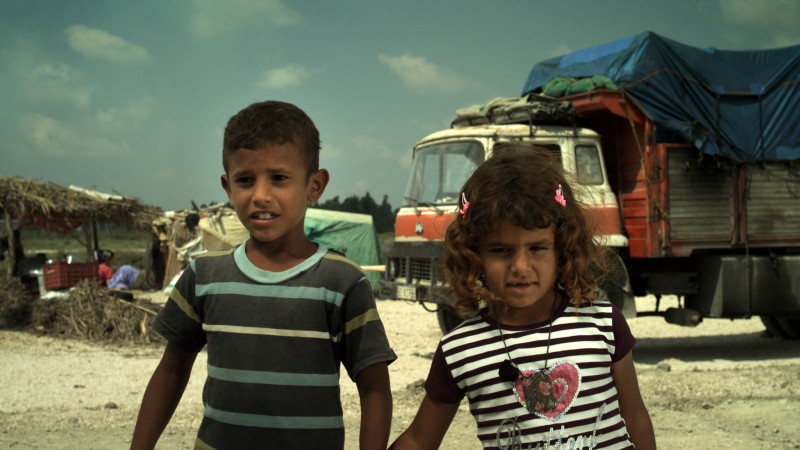 The fairytale form is also used in the Turkish King of Cotton (Topraga uzanan eller) by Omer Can, but in a very different way. The director mixes two kinds of reality: everyday life and the imaginary world. Gradually we realize that Toprak, a six-year-old boy, is telling his blind sister stories he has invented about the king of cotton. Each summer, Toprak’s family moves to the Cukorava plain to work in the cotton fields. The movie depicts the difficult lives of these poor people: the beating Toprak receives from his father for coming to work late, the lack of food and medical aid in case of accident or illness, the impossibility of education for the children, the fact that his elder sister is forced into marriage through financial need. One day Toprak meets a man named Ahmed by the riverside. Ahmed appears to be the new owner of all the surrounding cotton fields. Although Ahmed tries to console Toprak and his sisters with presents, balloons, food and medical help, the movie doesn’t offer any concrete solutions to people’s misery, only giving a vague promise at the end that conditions will improve. Life is not a fairytale here. 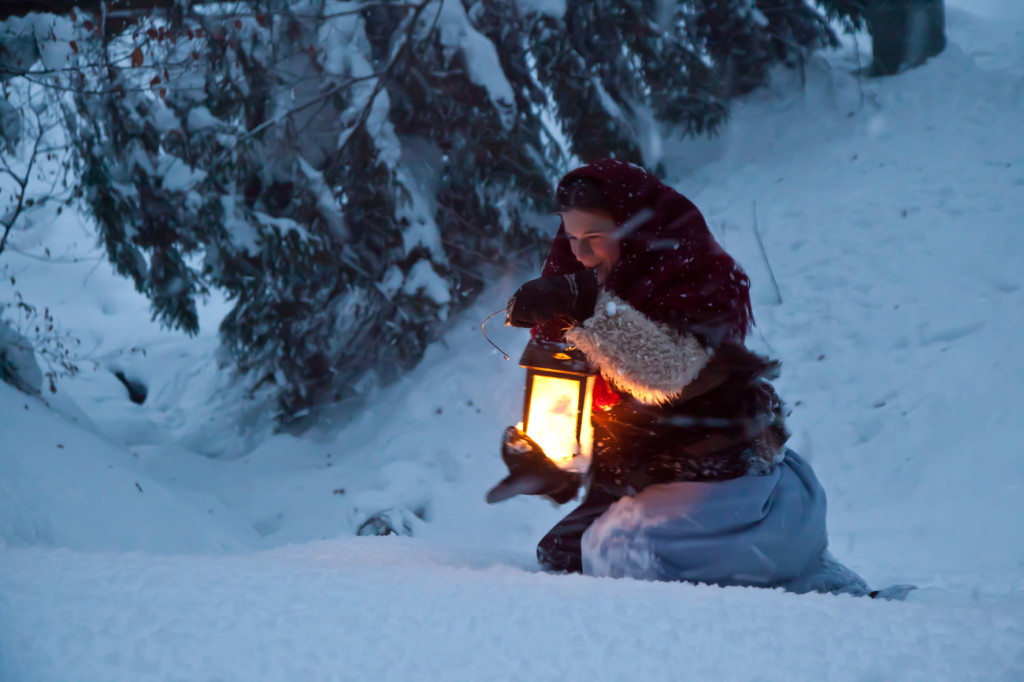 Another fairytale in the program was the surprise of the festival. Month’s Rulers (Dvanact mesicku) by Karel Janak tells the story of Marushka, who is sent by her stepmother into the cold forest in midwinter to collect violets and apples so that her stepsister can get married. Marushka meets personifications of the twelve months, who help her in her quest. It’s a really interesting film, because even though this is an old, very well-known story with good and bad stereotypes, it has a sincerity capable of seducing both children and adults. It received first prize from the children’s jury: a surprise, because there are no child characters in it. The success of this film among children shows that young people are capable of abstracting their world: the fairytale format can be extremely effective, especially when it suggests that you have to overcome difficulties in order to be happy. Unfortunately, this kind of well-intentioned moral isn’t enough to help children in today’s world. 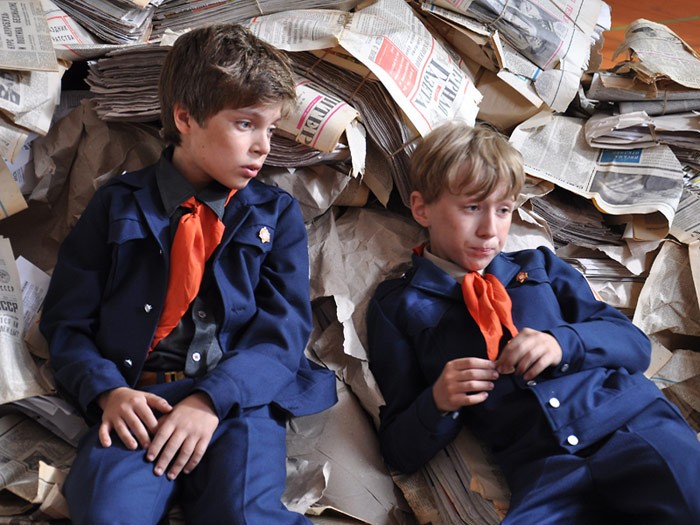 One of the most captivating films of the festival was I Give You My Word (Tschastnoje poinerskoje) by Alexander Karpilowski. Pioneers Dimka and Mishka want to look after a clever, well-trained dog named Sava, who saved Mishka’s life. They ask Lena, the most beautiful girl in their class, to keep Sava, but one day Sava escapes. Dimka and Mishka want to find Sava no matter what it takes, even though they have given their word, the word of the pioneer, that they will participate in the school feast. How to choose between obedience and affection? Affection seems to them more important than anything else because Sava risks being killed by braconniers. In a sense, Dimka and Mishka are unconsciously rebelling against the Soviet system. Regrettably, this powerful message is contradicted by the author’s conclusion heard in voiceover at the end of the film — he regrets that it’s now impossible to return to a country of pioneers, alluding to the USSR.

The Blue Apple Tree (El manzano azul) by Olegario Barrera, a Venezuelan movie which received this year’s FIPRESCI prize, also carries a strong message. Diego, a pampered city child, must spend the summer with his grandfather in the Andes without electricity. Instead of spending his time in front of a computer, television or phone, Diego has to learn to respect nature and to make friends with the children living in the mountains. When a corrupt man comes to claim his grandfather’s land, Diego becomes involved in the village’s rebellion against the corrupt system which attempts to monopolize the land of the villagers. The Blue Apple Tree is clearly defending socialist values —solidarity, quality, labor, education — and in criticizing the government’s corruption, denounces slavery and illiteracy. By the way, solidarity is the value most frequently emphasized in children’s movies this year: To Be King, The Peewees: The Winter That Changed My Life, The Black Brothers, Casper & Emma — Best Friends. Maybe it’s time to re-educate our children to practice solidarity instead of praising the individualistic values of the consumer society?

Perhaps political messages aren’t the most important aspect of films, but it’s still vital to offer movies as a space for thinking, to teach children to construct their own opinions. Most of the movies selected by the festival were quite honest, and did not try to manipulate children’s minds. SCHLINGEL presented the audience with so many subjects to consider or reconsider. With so many breathtaking experiences generated by different movies — with different atmospheres, attitudes and aesthetic values — it was a real pleasure to sit in the cinema with children and watch their reactions.